A full circle of success; Here’s how Fadia Nacef transitioned from an Evergreen student to professor 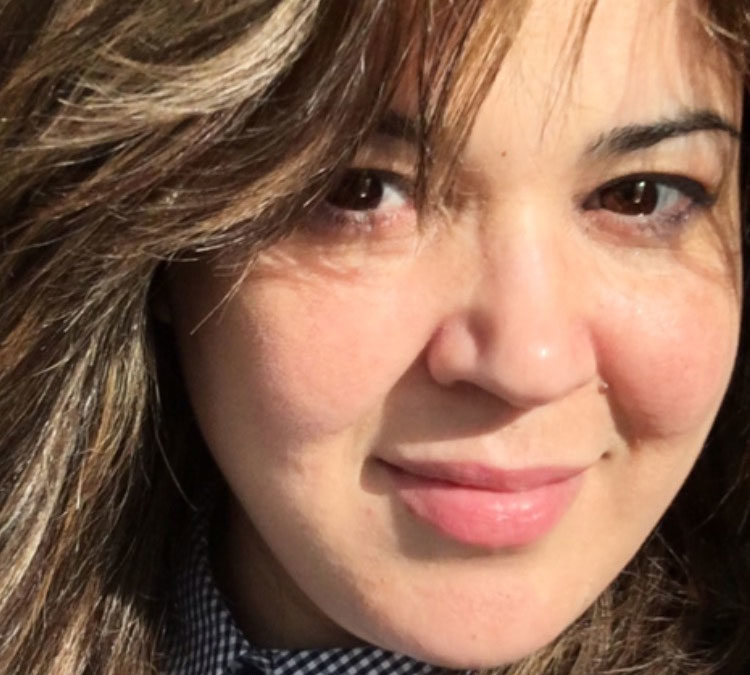 Fadia Nacef has always had a passion for learning. While living in Algeria, she was an instructor at a police academy but was looking to take the next step in her career. After hearing about Evergreen College in a newspaper posting, she attended a conference to learn more about how the college could propel her ambitions into reality.

“I was so excited to hear about Evergreen College, to learn about a new experience in Canada, and explore new careers and opportunities,” she said.

After learning more about the college, she applied to the Hospitality Management program and was successfully accepted to the two-year course in early 2014.

“I had big hopes and dreams for life-changing career moves,” she said. “I knew that opportunities were waiting for me in North America, and I was ready to start a new life full of challenges.”

With help from family and locals in Canada upon arrival, Fadia says she was able to overcome the initial culture shock of being in a big city, and get herself settled before courses began at Evergreen’s downtown Toronto campus.

To get acquainted with the city, she obtained a part-time job with a local sports and entertainment company. “I didn’t want the job for money’s sake, but to understand the Toronto culture, the structure of society and to get involved with people while developing my customer service skills.”

To further orient herself and build local industry knowledge, she also volunteered in hotels and restaurants. “I knew what my strengths and weaknesses were,” she said. “I needed to work on my weaknesses to make a better version of myself.”

While completing her first internship at a hotel north of the city, Fadia was able to explore all of the departments and functions in the hotel industry. She also simultaneously volunteered at an inn east of the city in housekeeping and front-desk services, where she was encouraged and supported by her manager to build up her skillset.

While she was offered a management job from her internship location upon completion of her placement, Fadia declined to pursue opportunities closer to the downtown core. Instead, she accepted a position as a Guest Services Manager at a hotel in the city.

“It was an amazing opportunity to transfer all my knowledge and training from Evergreen, and be a leader for a team,” she said.
What helped to secure the role was her rich resume, diploma from Evergreen College and full understanding of the OPERA PMS system—an essential software used in the hotel industry that Fadia was fully trained on at Evergreen.

In addition, Fadia was uniquely positioned to succeed in the industry thanks to Evergreen College’s partnership with the American Hotel & Lodging Educational Institute. In addition to a diploma, graduates of Evergreen’s Hospitality Management program are also rewarded with operational certificates from the Institute that focus on everything from human resources to sales, marketing, hotel development and more.

Fadia was able to put these certifications to use further in her next position as a Housekeeping Manager with a larger hotel. This meant working for a bigger company and taking on more responsibilities. Even still, she volunteered her extra part-time hours to another hotel where she worked as a co-ordinator.

In early 2018, she was hired as a Residential Assistant Manager at a tourist attraction north of the city and enhanced her property management skills. Not long after, she was reconnected to Evergreen.

She saw a posting on Indeed that said the college was hiring an instructor for its Hospitality Management program—the same one she graduated from just years before.

“I knew that what I had learned outside of the classroom could help other students to succeed,” she said. “I considered it my responsibility to help them, to be a coach, a trainer and – ultimately – be more than just a teacher.”

She was hired by Evergreen in early 2019, taking her learning and experience full circle. “It’s a pleasure to be here at Evergreen College again,” she said. “It’s become my second home.”

Shortly after, Fadia was welcomed as a faculty member to the American Hotel & Lodging Educational Institute in recognition of the outstanding service that she provides on behalf of hospitality education.

Now, Fadia is helping others just like her to reach their destinations with a similar work ethic.

“We often think we’ll be managers right away,” she said. However, she adds that this hope isn’t often realistic. Her years of volunteering and part-time work experience gave her an edge on the competition, helped to enhance her resume and put what she learned into practice.

For this reason, she says her course offerings are heavily skills-focused. “While Evergreen College gives students the tools for success, they need to turn what they learn into a real-life experience.”

With several years of experience, herself, in working in hospitality, Fadia is also able to share with her students the in-demand skills that employers are looking for. She says she knows which tools the students will use in their careers, and what her teachings at Evergreen should focus on.

But ultimately, her passion comes back to her own commitment to learning.

“It’s something I love to do,” she says. “I love teaching and I want to return the favour to those who helped me succeed.”

Get rewarded to refer a friend

Encourage your friends and family to achieve career success at Evergreen College.